Switching to driving electric vehicles really can save money everywhere in the U.S., even if your electric rates are high! The savings over gasoline are significant and range from 20% to over 60% depending where you are in the country. In many places you can drive an EV for less than $1 per gallon in equivalent cost!

Don’t believe the California Legislative Analyst’s Office (LAO) which recently published a report that included commentary indicating electrification could be slowed by high electricity prices. California has higher than average electricity prices, but electricity still comes significantly ahead of gasoline!

The EPA uses the eGallon to quantify the differences between "fueling" your car with electricity versus gasoline. As of today, they list the average price of gas as $2.51 nationwide, and the average price of an eGallon as $1.19, a 53% discount! The eGallon calculation uses electric rate, and the efficiency of ICE (internal combustion engines) and electric vehicles to create a price comparison. Looking at the difference between the two, an average driver will save $1.32 per gallon by switching to electric. That’s over $500 per year. The eGallon has some assumptions baked in, so actual savings may vary, but it is a good tool for comparison.

Of course, gasoline and electricity prices vary across the country. The two maps below show the average prices by state for the Continental US. The greatest savings for EV drivers are in regions with high gasoline prices and low electric rates (like Washington state), but drivers in every state are better off driving electric! 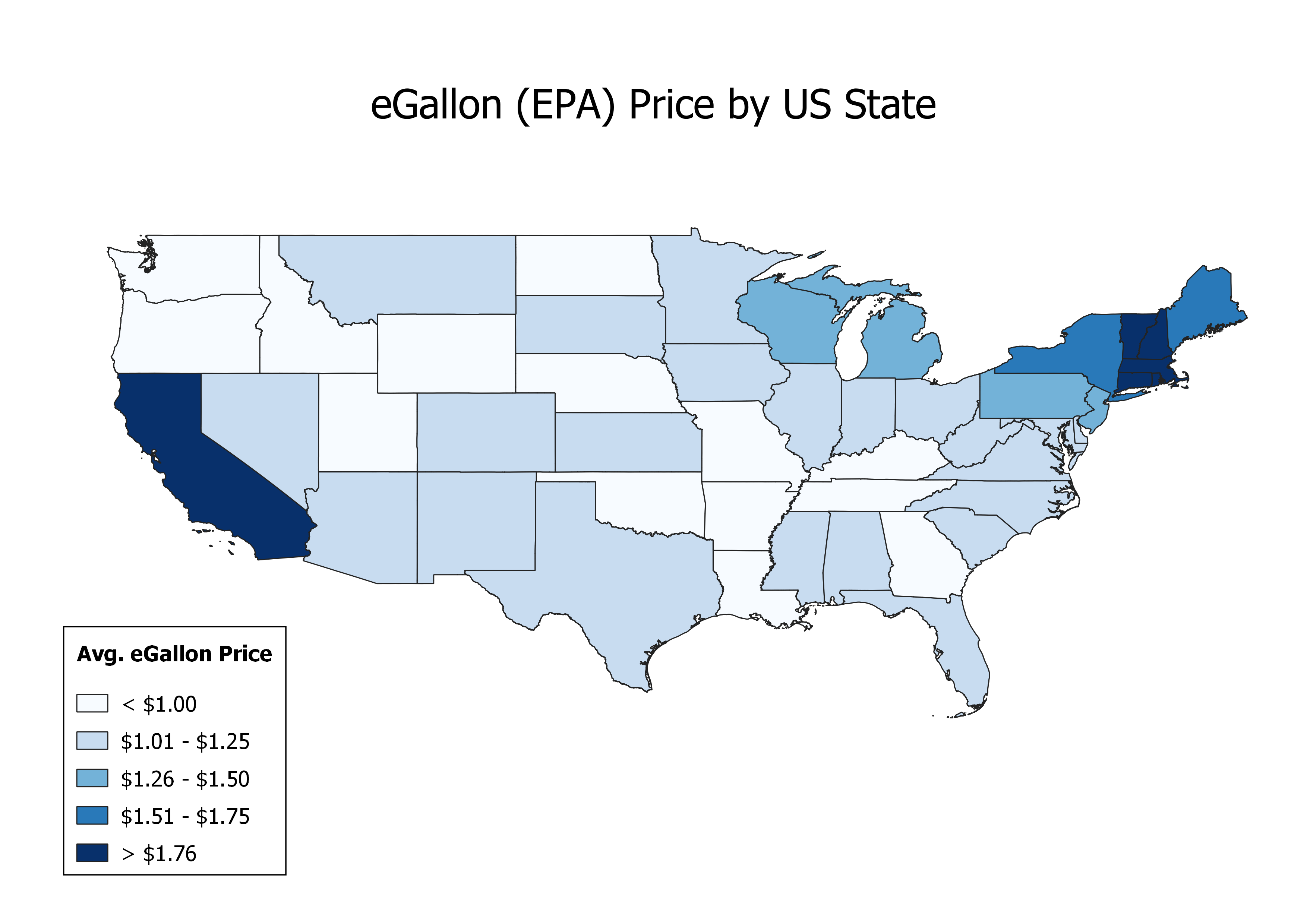 To better make this distinction clear, look at this map showing the difference between the price of gasoline and eGallon.

Finally, looking at the savings as a percentage of the price per gallon, residents of 12 states could save more than 60% on fuel costs by switching to electric. Even in the “worst” states, residents can expect to save 20-30% on fuel! One of the biggest factors in this cost savings vehicle efficiency. Even the most efficient ICE engines waste the majority of their energy as heat. EVs are able to turn a much higher percentage of the energy into useful work, which means that even with low gas prices and high electric rates, EVs are a better bet.

This indicates that other factors, not electric rates, are driving EV adoption (or lack thereof). It also means that most utilities don't need to offer a discounted rate to encourage EV adoption! We're always using data to examine what is "known" in the industry, and are often surprised by the results.