Less than one half of one percent of the cars on American roads are plug-in vehicles, which seems fairly inconsequential at first glance. Leave the metropolitan areas, and that number is even lower.

If we look more closely at the data, however, the numbers are actually quite striking. In 2017, 1.13% of new car sales were plug-in vehicles, but that number nearly doubled to 2.1% in 2018. In Massachusetts specifically the market share increased from 1.35% to 2.53%. 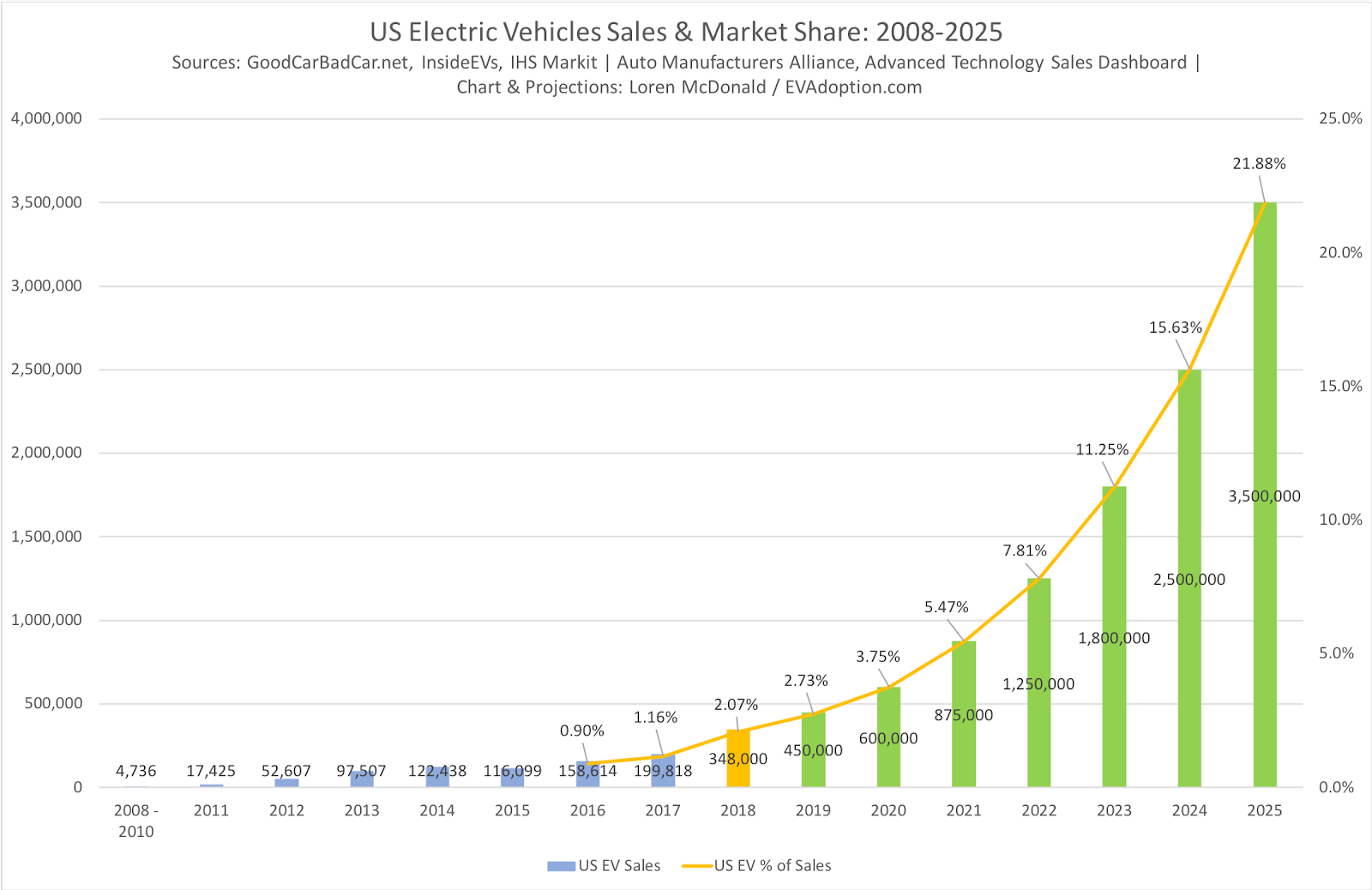 But what if we look at EV adoption, not in terms of market share, but rather through the lens of electric load? Using public MOR-EV (Massachusetts Offers Rebates for Electric Vehicles) data, we’ve calculated that if all EVs in Massachusetts were to charge simultaneously at their maximum capacity, they would draw 100 megawatts of electric load, much more than that seemingly small market share would suggest.

Now, in reality, while MOR-EV lists about 14,000 EVs in Massachusetts, that number only reflects the number of vehicles rebated through the state program. The Alliance of Automobile Manufacturers, meanwhile, lists aggregate EV adoption numbers and shows the number in Massachusetts as a tick under 23,000. Proportionally, that amounts to about 165 megawatts of maximum coincident load in Massachusetts.

Consider also that the plug-in vehicles hitting the market now and in the coming years have larger batteries and most powerful onboard chargers. The average kilowatts per EV jumped from 6.2 in 2017 to 8.3 in 2018. Expect that number to trend upward, since Teslas charge at a minimum of 9.6 kW and as high as 19.6 kW. 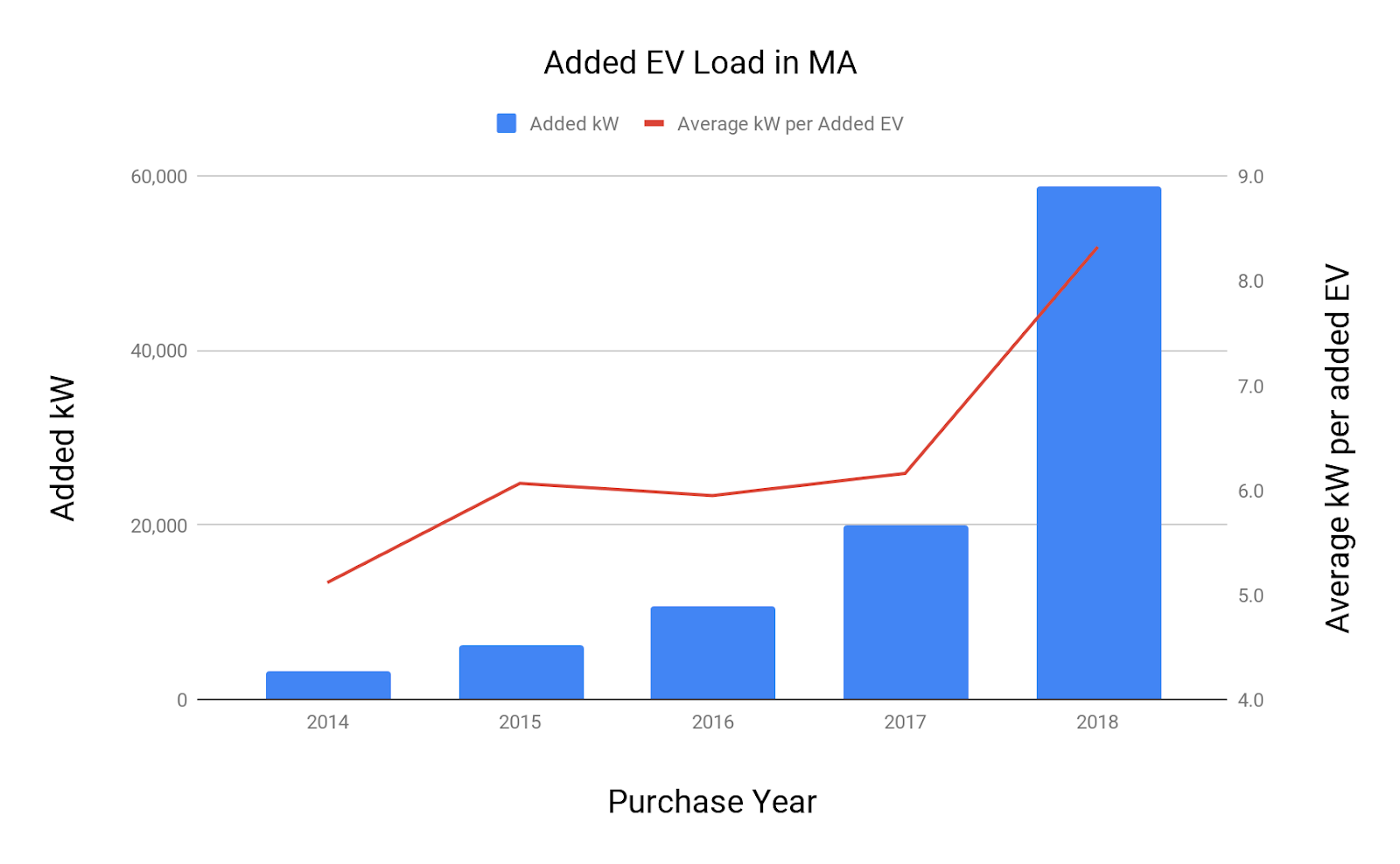 So how do you manage the expected spike in EV load? A handful of EV-heavy Massachusetts municipal utilities have already enrolled in Sagewell’s Bring Your Own Charger (BYOC) program, which has proven to shift over 90% of EV charging to nights and weekends, when margins are more favorable. Among municipal utilities in the state, 39% of the possible EV load, more than 6 MW (according to known MOR-EV rebated vehicles), is now eligible for the BYOC program. 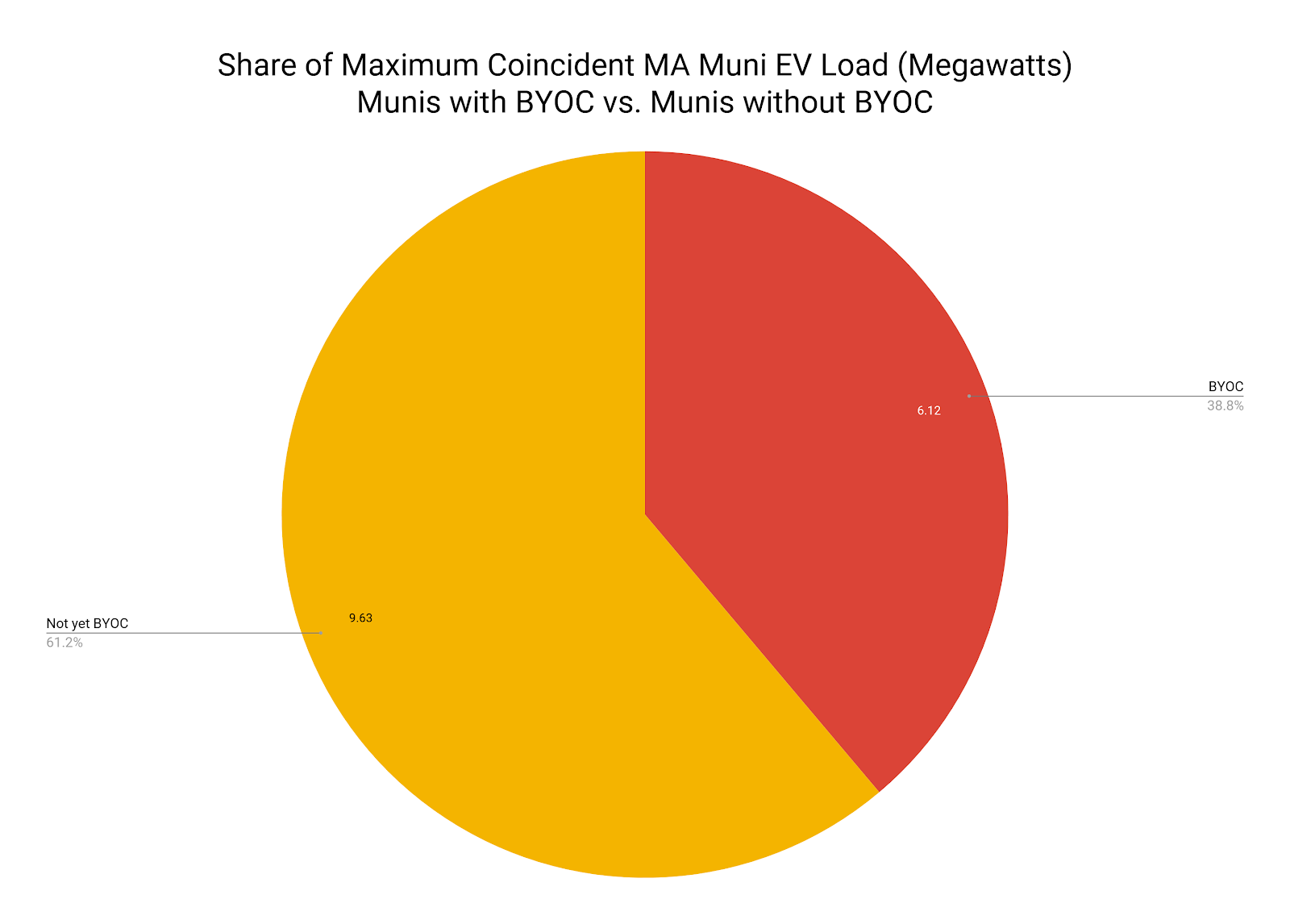 How much EV load is hiding in your territory?